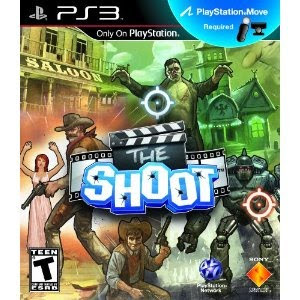 The Shoot is an over-the-top, first-person oriented arcade shooter that allows players to inflict mass destruction on the various sets of an action movie that they are also participating in. Gameplay features players shooting it out against themed enemies across these various movie scenes, using a single PlayStation Move motion controller which acts as your weapon and the PlayStation Eye camera peripheral serving as a means to track your position in relation to the sets you face. Actions possible with the Move motion controller include shooting, punching, dodging and special moves to take out enemies, but players need to remember that the movie scenes before them may also contain innocent characters. Avoid these bystanders, or you'll lose movie "takes," which serve as lives in-game. In marking your position, the PlayStation Eye also relates to enemies where you are, so players can expect return fire as well. The game's highly destructible environments also allow for maximum damage during drawn out firefights, eventually leaving nowhere to hide.

Get more Info on The Shoot here 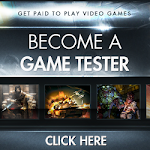